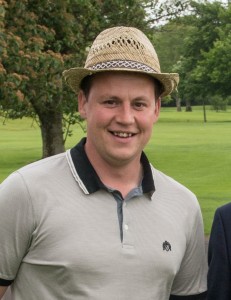 Chris was defeated in a play- off over three holes for an out right win in the semi-final by former professional footballer, Paul Llewellan.

However Paul, a six-handicapper, still qualifies for the final to be played at the St. Pierre Golf Club in Wales in mid-October.

You can keep up with his progress on Sky Sports during the next few weeks and months.