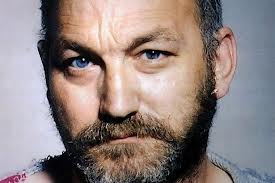 DETECTIVES want to charge Robert Black over the abduction and murder of missing Devon schoolgirl Genette Tate almost 36 years ago.

They have asked prosecutors to look at bringing charges against serial child killer Black.

Genette, 13, vanished while delivering newspapers in Aylesbeare, east Devon, in 1978. Her body has never been found.

Black was convicted in 2011 of murdering nine-year-old Jennifer Cardy in Northern Ireland, in 1981.

Devon and Cornwall Police have asked the Crown Prosecution Service’s Complex Casework Unit to examine whether Black, long considered the prime suspect, can be brought to trial for Genette’s murder.

Bad character evidence about his previous child killings was put before the jury during the Cardy trial, a decision which was upheld by the Court of Appeal last year.

Black had previously been found guilty of murdering three other young girls.

Detectives want to see if such evidence could be used to help bring a case against Black for Genette’s disappearance.

Devon barrister Gavin Collett said: “Evidence like this can have a powerful impact upon a jury.”

A senior Devon and Cornwall Police source said that if the attempt to use bad character evidence was unsuccessful, detectives could once again interview Black in prison.

But, the officer said, it was “a long shot” as Black had previously refused to co-operate.

Tim Swarbrick, a retired Devon and Cornwall Police superintendent, said, “Cases like this are never closed. It would mean a great deal to the police and the community to see the mystery of Genette’s disappearance finally solved.”

Genette’s father John Tate told BBC Radio 4’s Today programme he felt “pretty happy” the police were confident in their investigation, although he hoped they had not overlooked any other suspect by spending time focusing on Black.

Asked how he had coped in the decades since Genette went missing, Mr Tate said it had been difficult as the incident was never far from his mind.

He said: “You look at everything that it could possibly be to do with her. You just cope very poorly sometimes.”

Black was arrested by Devon and Cornwall Police in 2005 in connection with Genette’s disappearance but there was insufficient evidence to prosecute him. He is serving multiple life sentences for his crimes.

In a statement, Devon and Cornwall Police: “We are “liaising with the Complex Case Unit of the Crown Prosecution Service to ascertain if the 2013 Court of Appeal judgement following the murder of Jennifer Cardy in Northern Ireland [in which Black’s conviction and the use of bad character evidence was upheld], has any bearing on the Genette Tate case.

“This liaison is still at a very early stage and will take some time to complete.”