TRADE UNIONS CALL FOR AN END TO SECTARIAN AND RACIST ATTACKS 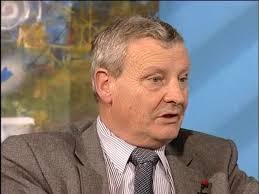 Deputy General Secretary Peter Bunting, said: “Congress is appalled that the heightened racist tension has offended many ethnic minority people living in NI resulting in the decision of Anna Lo to withdraw from political life in 2016.

“Congress deplores racist/sectarian attacks in all areas of NI.”

“Congress calls on all trade union members to oppose racist and sectarian attacks in their communities and to support by action and words those ethnic minorities living in our midst.”

Today, at the NIPSA conference, in Newcastle, the union’s delegates passed a motion attacking racism/sectarianism.

It asked its members to: “wherever it manifests itself and to determinedly highlight that sectarianism is anathema to the common interests of working people, working class communities and the progressive development in the workplace.”