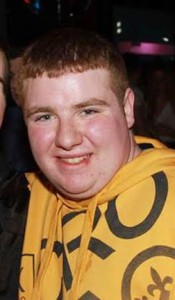 THE PSNI are on alert for a new ‘bad batch’ of lethal Ecstasy tablets linked to the death of a man at a house party across the border.

Gardai are now involved in a race against time to find the evil drug dealers who dished out deadly ‘E’ tabs to young men, killing one and leaving four in hospital.

Tragic Oisin Crawford (22) died yesterday morning after attending a friend’s 21st birthday party at a house in the border village of St Johnston.

Prayers are being said for his friend, Simon Lynch, also 22, who remains in a critical condition in hospital.

His father, Liam, has called on the public to help police to catch those involved in the drugs trade on both sides of the border.

There are fears the so-called “bad batch” of drugs – which has killed several other people in Ireland this year including a 16-year-old boy – are alread “on the streets”  in Derry.

Gardai are hoping to take statements today from all those who were at the house party on St Johnston’s Main Street in the early hours of yesterday in the hope of tracing vital witnesses who might be able to help catch the dealers.

Oisin Crawford is the latest victim of the drugs trade – and the trade in ecstasy tablets containing deadly chemicals.

Health chiefs have already identified the drugs involved in the Donegal case as Double Black or Double Cross.

Anyone with information should give it to their nearest police station or via the confidential telephone.