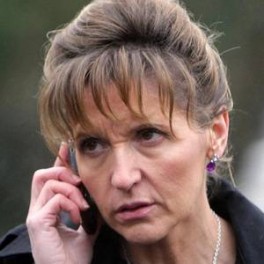 ALL eyes turn today to the European elections as counting gets under way at Belfast’s Kings Hall with ten candidates contesting three seats.

It is expected that Sinn Féin’s Martina Anderson will top the poll. Her party received the most votes in the council elections with 24 per cent.

The DUP’s Diane Dodds is defending her seat. Her party took the most seats in the local government elections but seen its share of the vote drop.

The Ulster Unionist’s increased its council vote which should bode well for Jim Nicholson who is defending his seat.

However, with the TUV’s vote up in the council elections, party leader Jim Allister could shred the unionist vote making Dodds and Nicholson sweat on a safe return.

The SDLP’s Alex Attwood is not expected to win a seat as his party’s vote fell in the council elections.

Ross Brown is standing for the Greens, Mark Brotherston for the Conservatives and Henry Reilly for UKIP.