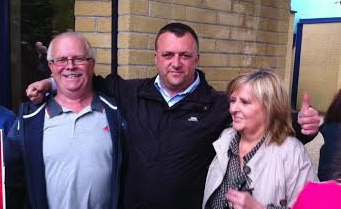 THE leader of the Real IRA in Derry Gary ‘Donzo’ Donnelly has been elected onto the Derry-Strabane “super council.”

The 43-year-old, who stood as an Independent candidate, was elected after the first count.

Sinn Fein said it now meant those behind bomb and gun attacks in the city would be held to account by the public and also in the council chamber.


One Response to DERRY REAL IRA BOSS GETS ELECTED