TENSIONS IN SDLP AS HUME ESCORTED FROM COUNT CENTRE 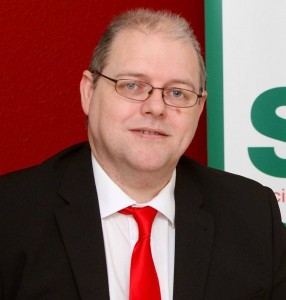 THE tensions within SDLP appear to be growing after another apparent fall-out within the party.

Following the major rift within the SDLP in Derry which saw Jimmy Carr lose his seat after losing the support the party, there now appears to be acrimony within the party in Strabane.

Jim Hume, the brother of former SDLP leader John Hume and father-in-law Patrick Leonard, the SDLP candidate in the Sperrin District Electoral Area, was this morning escorted by the count centre at Templemore Sports Complex.

It is understood he was asked to leave following an argument with sitting SDLP councillor Patsy Kelly.

The Derry Daily understands the argument was over how Cllr Kelly managed his electoral campaign in the DEA.