PSNI: HELP US FIND THIS MAN OVER SOUTH BELFAST STABBING 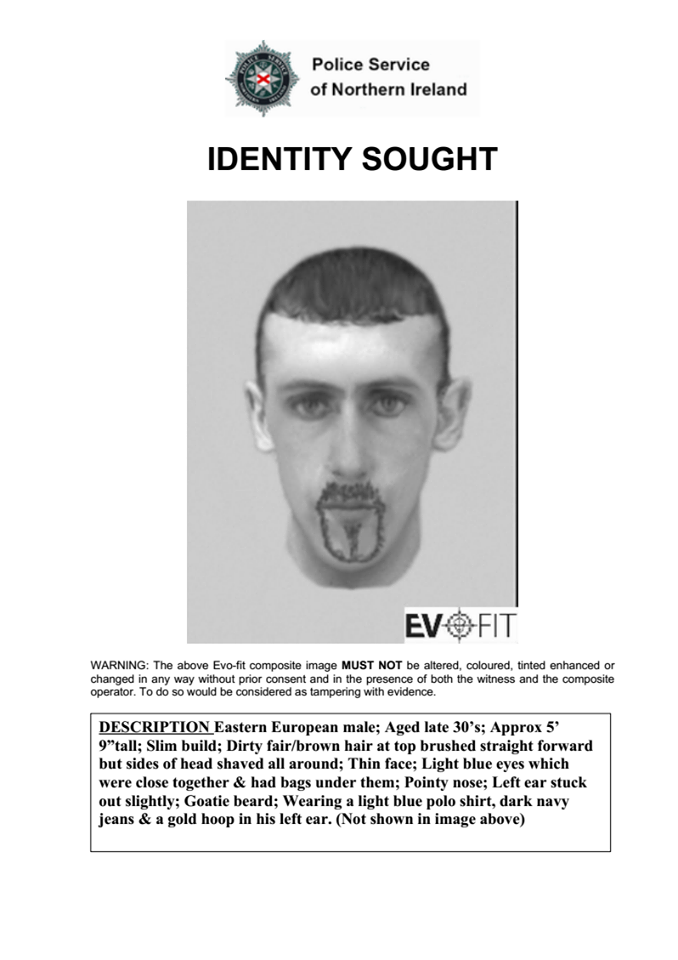 DETECTIVES investigating a stabbing incident in the south Belfast last week have released an Evofit of an Eastern European suspect. Police say that between 5.45 pm and 6.15 pm a man aged in his 30’s was involved in an altercation with an unknown male in the area of Donegall Road, Donegall Avenue, Tates Avenue. The man sustained a stab would to his stomach and was taken to hospital for treatment for his injuries. If anyone can identify the individual from the Evofit, they should contact CID in Musgrave Police Station on the non-emergency number 101. Or, if someone would prefer to provide information without giving their details, they can contact the independent charity Crimestoppers and speak to them anonymously on 0800 555 111.