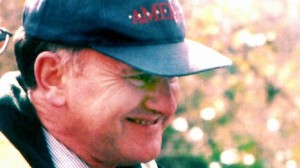 THE Court of Criminal Appeal in the Republic has booted out a bid by Real IRA godfather Michael McKevitt to bring a new appeal against his conviction for directing terrorist activities.

McKevitt, 59, from Beech Park, Blackrock in Co Louth, was convicted in 2003 and sentenced to 20 years in prison.

He was the first person in the Republic to be jailed for directing terrorist activities.

Police on both sides of the border believe he masterminded the Omagh bomb atrocity in August 1998 which killed 29 people and two unborn children.

His appeal against his conviction was dismissed in 2005 and a further application to the Supreme Court was rejected in 2008.

His lawyers had argued that a search warrant used to search his home was issued under Section 29 of the Offences Against the State Act, legislation that was later found to be unconstitutional.

They argued that this amounted to a “newly discovered fact”.

They also argued that there was no obligation on McKevitt to have raised an issue about the constitutionality of the warrant at his original trial.

The lawyers wanted these matters referred to the Supreme Court.

However, the Court of Criminal Appeal ruled today that McKevitt’s application was “entirely misconceived”.

The court ruled that the case had reached finality many years ago and the matter could not now be revisited.