POLICE CHIEF: TELL US WHAT YOU KNOW ABOUT RACE ATTACKS IN BELFAST 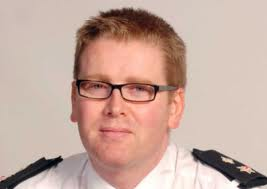 A SENIOR police officer has urged the public to name those behind race attacks in Belfast.

Assistant Chief Constable Will Kerr made the plea as the PSNI launched a dedicated phone line for people to report any information about racist attacks.

A dedicated team of detectives – codenamed Operation Reiner – has been set up to look into a spate of racist attacks across the city, mostly in south and east Belfast.

The police have already blamed the Ulster Volunteer Force (UVF) for most of the attacks.

Said ACC Kerr: “We know that racist hate crime is significantly under reported.

“We require as much information from the public as they can provide so that our response is as effective as possible.

“We need the public to tell us what they know about racist hate crime and would encourage as many victims as possible to feel confident enough to contact their local police and tell us about these incidents so we can deal with them efficiently.

“To help do that and to provide victims with another platform to report hate crime, we are today setting up a dedicated telephone line for hate crime across Northern Ireland.

“It will be accessed through the Police non-emergency 101 number which has got the provision and the service to be able to translate calls from either the victims or members of the public into nearly 50 languages.

“Members of the public calling the 101 number will be asked to press option 2 to report a hate crime incident or to provide police with relevant information about a hate crime.”

He continued: “There is a collective responsibility on everyone in Northern Ireland to make sure that people who choose to come to live and work here from different countries and cultures, who add value to Northern Irish society and economy, feel reassured and protected.

“We need communities to give us information about who might be involved in racist hate crime and also to act as our eyes and ears over the course of the next few weeks and months to ensure that we investigate these crimes as thoroughly as possible.

“This is an issue we need to take seriously and politics, policing and broader civic society need to work collectively to provide a long term solution to the problem of racism in Northern Irish society.

“The Police Service of Northern Ireland will play its full part in dealing with the increase of hate crimes but our policing operation can only be as successful as the information we receive.”

Police would appeal to anyone who has any information about hate crime to contact them on the non-emergency number 101, option 2.