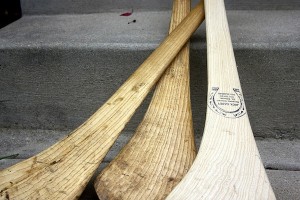 A man and a woman are recovering after being beaten by three men carrying what police have described as “hurley type sticks.”

A PSNI spokesperson said the pair were in the garden of a house in Labre Park when they were assaulted.

The man sustained an injury to his forehead that required seven stitches.

He also sustained cuts to his left elbow and forearm.

The woman sustained heavy muscle bruising to both arms.

The attackers are described as being of average build and were wearing dark clothing.

The police spokesperson said a motive for the attack had not yet been established.

The spokesperson asked anyone with information to contact police on the 101 non-emergency number.

Information can also be given anonymously to Crimestoppers on 0800 555 111.