EXPLORE THE FANTASY WORLD OF GAME OF THRONES® IN NORTHERN IRELAND 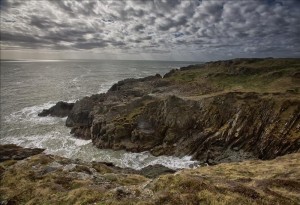 HBO’s Game of Thrones® is one of the most popular and successful fantasy TV series ever made and it is filmed right here in Northern Ireland!

The magical atmosphere captured on film is in no small way due to the stunning filming locations chosen by HBO® to feature in the show and the Northern Ireland Tourist Board is eager for people to get out and explore them.

NITB’s PR Officer Marie-Therese O’Neill said: “Part of the shows appeal and what has made it so popular with millions of fans are the mesmerising fantasy lands of Westeros which of course have been brought to life using Northern Ireland’s rugged coastlines, historic castles and breathtaking countryside and forests.

“Some of the dramatic scenery which forms the backdrop to much of the show’s action can be found right here in Northern Ireland in various locations including Causeway Coast and Glens, County Down and County Fermanagh. Fans can easily visit many of the locations where a favourite scene was filmed or walk in the footsteps of a much-loved character.

“There are also some wonderful Game of Thrones® inspired tours and family themed activities that have been created due to the popularity of the show, so you don’t have to be a fan to join in the fun. You can dress up in costume and enjoy a day of archery with Clearsky Adventure or take a self-guided cycle tour of some of the shows film locations – there really is something for everyone to enjoy.”

NITB has identified some of the stunning filming locations not to be missed; Castle Ward which may be more familiar as Winterfell, Tollymore Forest Park which will be recognisable as North of Winterfell, Downhill Beach familiar as the Dragonstone exterior and Murlough Bay in County Antrim aka Stormlands – but there are many more to discover.

Some of the fun Game of Thrones® tours and activities include;

Causeway Coast and Glens Game of Thrones Tour is a great way to discover some key filming locations along the stunning Causeway Coastal Route with their self drive 1 day, 2 day or 3 day itinerary.

Clearsky Adventure Game of Thrones Filming Locations Cycling Tour & Archery Experience – there are two self guided cycle tour options: Robb’s Trail and Tywin’s Trail which take in some of the familiar sights in the series. Also visit the Winterfell archery.

McComb’s Game of Thrones Tour – McComb’s Travel offer a private Game of Thrones® Tour where the drivers have first-hand experience and a wealth of knowledge about where and when filming was done.

Game of Thrones® Tours – Offer coach tours from both Belfast and Dublin to Winterfell and other key locations from seasons 1, 2 and 3.

Quinn’s Coach Hire – coach tour includes Castle Ward, Downpatrick and Tollymore Forest, amongst others, with the latter being the place where the very first scenes of Game Of Thrones® were filmed.

For further information on Games of Thrones® including filming locations click on www.discovernorthernireland.com, check out #GOTNI on Twitter or visit your local tourist information centre.