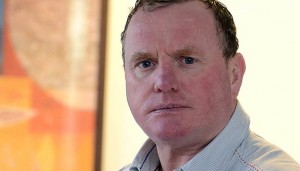 A Belfast docker subjected to homophobic abuse while working for one of Europe’s major ferry companies has been awarded £45,000 in damages.

An industrial tribunal has found that Stena Line Irish Sea Ferries Ltd had taken “a far too passive approach to unpleasant banter” against Martin Sheil who was the victim of the victim of discrimination and harassment at work.

The tribunal upheld Sheil’s complaint that he had been unfairly dismissed, following an incident involving him and another member of staff who had been allegedly been taking part in the homophobic abuse.

Stena’s disciplinary hearing against Sheil was flawed because the ferry company did not investigate allegations of derogatory remarks about his sexuality and subsequently did not consider whether his allegations constituted mitigating circumstances, the tribunal concluded.

It also heard evidence that there was continuous talk and banter amongst his colleagues about Sheil’s sexuality and remarks were made directly to him or indirectly about him in front of other people, for example on the minibus into work.

Welcoming the ruling, Sheil said: “This has been a difficult period in my life. My job at Stena was very important to me and I worked hard to keep my private life and work life separate. I endured months of abuse in silence. The reason I took this case was to try and make sure that others don’t have to go through this. I am relieved this process is over and that the tribunal has ruled on the kind of the harassment I suffered. I have experienced a rough couple of years and I am now looking forward to a fresh start and just getting on with my life.”

He was supported in taking his case by the Equality Commission in Northern Ireland. Its chief commissioner Michael Wardlow said: “Everyone in the workplace – management and staff – must be aware that one person’s banter is another person’s abuse. The company has a duty to protect all staff and to require them to keep verbal abuse out of the workplace.”

Wardlow said that the decision “posts a warning to all employers that they must take active steps to ensure that their policies against harassment and discrimination are known, understood and practised by their entire workforce. The size of the overall award reflects the seriousness of these issues for employers and employees.”

He added: “This case shows the terrible impact on an individual who faced daily abuse at work because of his sexual orientation.”

The tribunal panel had considered that Sheil had contributed partly to his own dismissal by deciding to take action on the abuse himself, rather than reporting it to management. Because of this, his award was reduced by 10%. There was also a 20% reduction to reflect the panel’s estimate of the chances of Sheil being dismissed fairly. It then awarded £37,500 to Sheil for his unfair dismissal and £7,500 for harassment at work.

However, Stena Line is appealing the decision and the case is listed for hearing in September.