PRISONERS EVACUATED AFTER OUTBREAK OF FIRE IN MAGILLIGAN JAIL 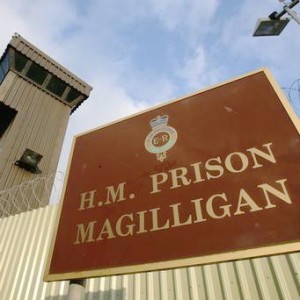 AN investigation has been launched after a fire broke out today at an accommodation unit in a Northern Ireland jail.

Inmates were evacuated when the fire erupted at Magilligan Prison in Co Derry at lunchtime today.

A spokesman for the Northern Ireland Prison Service (NIPS) said firefighters were called to deal with a “minor” blaze which broke out in the Alpha accommodation unit at 12.30 pm.

The prison is operating normally following the incident which was “declared over” shortly before 1.15 pm.