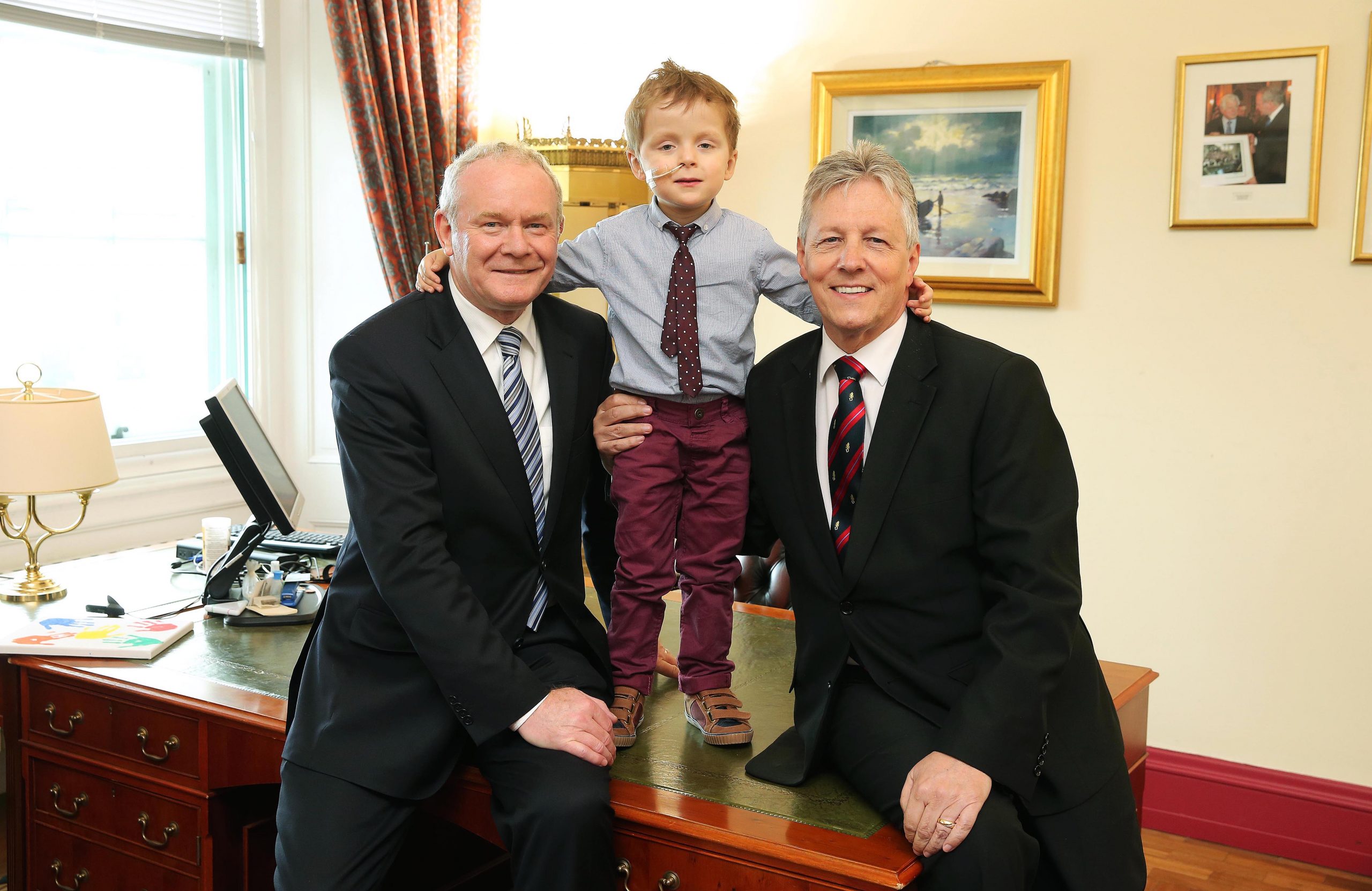 Oscar’s story came to light through the fundraising efforts of family and friends when he was diagnosed with a rare form of cancer.

The Ministers thanked Oscar for his paintings and recognised his bravery in coping with his illness.