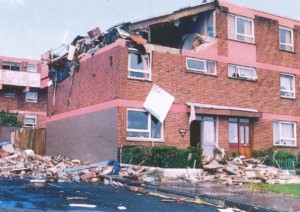 A LEGAL challenge against a report surrounding the failings of the RUC into an IRA bomb which killed three people over 25 years ago has been dismissed.

The Northern Ireland Retired Police Officers Association had gone to the High Court in an attempt to have the Police Ombudsman’s findings into the so-called “Good Samaritan” bomb overturned.

Eugene Dalton (54) and Sheila Lewis (68) were killed in the explosion which occurred at Kildrum Gardens in Derry’s Creggan estate in August 1988.

A third man, Gerard Curran (57), died seven months after being pulled from the rubble.

They had gone to the flat to check on the occupant who had been kidnapped by the IRA as part of the bomb plot.

Relatives of Mr Dalton claimed the police had been negligent in allowing civilians to approach the flat, alleging the police were aware that it had been booby-trapped.

This led to a number of complaints being lodged with the Police Ombudsman, one of which was that under Article 2 of the European Convention on Human Rights the police failed in their responsibilities to uphold Mr Dalton’s right to life.

Today, High Court judge Mr Justice Treacy dismissed the retired officers’ application as it was made outside the three month appeal period following the publication of the Ombudsman’s report.

Their solicitor Paul Pierce said: “They should have been given the opportunity to become involved in this case right from the outset because they had a vested interest, but instead they only had the opportunity to make representations to the court on the day the case was listed for full hearing.

“It was at this time that they had the opportunity to raise the issue of delay and also the fact that the Northern Ireland Retired Police Officers Association had failed to put them on notice of the application.”