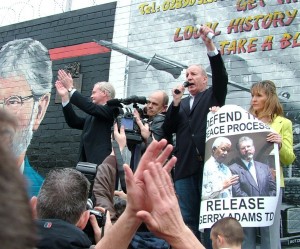 FIRST Minister Peter Robinson has launched a broadside against Sinn Féin over the PSNI arrest of its party leader Gerry Adams. 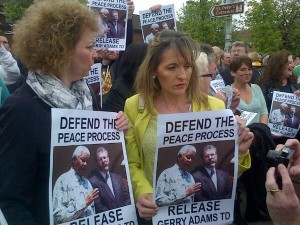