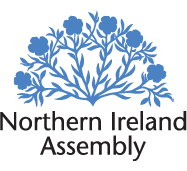 THE DUP has blocked a bid to legislate in favour of same-sex marriage in Northern Ireland.

The party has tabled a ‘petition of concern’ on an assembly motion due to be debated on Tuesday.

The motion proposes that Stormont introduce legislation similar to other jurisdictions in Britain and Ireland.

Under the assembly’s voting rules a petition of concern effectively blocks any measure unless it can attract majority cross-community support.

Earlier on Monday, Catholic bishops in Northern Ireland released an open letter to all MLAs urging them to reject the same-sex marriage motion.

The letter said the motion undermines the principle of equality by applying it “inappropriately”.

The letter said it is inappropriate apply the principle to “two fundamentally different types of relationship”.

The assembly motion says that “other jurisdictions in Britain and Ireland have moved forward with same sex marriage” and that Stormont should introduce similar legislation.

The motion also says religious institutions should have the freedom to decide whether or not to conduct same-sex marriages.

However, the open letter, signed by Cardinal Sean Brady and six bishops, claims the family, based on the marriage of a woman and a man, is “the best and ideal place for children and deserves special recognition and promotion by the state”.

The bishops say it is not discrimination to treat different types of relationship differently and same-sex relationships are already provided for by civil partnerships.

The Church of Ireland has restated its position on same-sex marriage.

In a press release, the church repeated what was affirmed at its general synod in 2012.

“The Church of Ireland affirms, according to our Lord’s teaching, that marriage is in its purpose a union permanent and life-long, for better or worse, till death do them part, of one man with one woman, to the exclusion of all others on either side. The Church of Ireland recognises for itself and of itself, no other understanding of marriage,” it said.