MUM: ‘HELP ME FIND THE HEROES WHO RESCUED MY CHILDREN 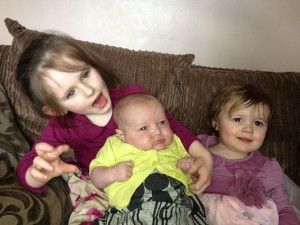 THE Co Antrim mother of three young children trapped inside a car after a crash has appealed for help in tracing the men who rescued them.

Laura Faulkner, from Ballyclare, found herself trapped with her husband and three young children, at the side of a road in Co Donegal.

The car flipped upside down during the road traffic accident and the five members of the Faulkner family couldn’t get out.

But three mystery Donegal men raced to their aid and managed to get them out of the vehicle to safety.

Mum Laura said they were terrified.

But for the actions her mystery rescuers, she believes anything could have happened.

She told us: “We were driving last Sunday morning near Ballybofey when our car came off the road and we ended upside down in a ditch.

“A group of lads were in the car behind us and came down immediately to help and got my kids out.

“I have no idea who these lads were but I would love to find them and tell them how much I appreciate them jumping straight in to help.

“We were unable to get out and I was terrified.

“I would be delighted if any readers could help trace these young men.

“I just want them to know when they pulled my 3 month old, 18 month old and 4 year old out the car that they rescued my world.

“I cannot thank them enough.”