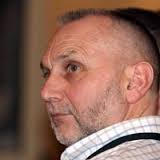 THE PSNI has tonight announced that it is to review the probe into the IRA gunrunning case from the late 1990s.

It follows revelations last night in a BBC NI Spotlight programme that the operation was organised by top Provo boss Sean ‘Spike’ Murray.

In a statement tonight, the PSNI said: “PIRA gun running from Florida is now subject to reinvestigation which will include an examination of existing evidence together with the examination of any potential new evidence that has come to light in the last few days.”

The Spotlight revelations were based on an interview with millionaire US stock broker Michael Logan who said he supplied over 400 weapons to the IRA in the 1990s.

And his main point of contact for the weapons was ‘Spike’ Murray, a convicted bomber