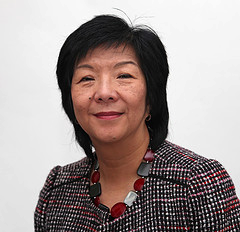 ALLIANCE Party MLA Anna Lo has expressed her disgust after racist posters appeared in south and east Belfast which called for local jobs for local workers.

Anna Lo MLA said: “I am appalled by these posters.

“They are giving out misinformation at a time when ethnic minorities’ concerns are already heightened following recent racist attacks. Racism has no place in our society.

“It is deeply worrying that these posters have appeared in parts of Belfast. There is no indication of who produced them, but I would like to tell whoever is responsible that their messages of hatred are not wanted.

“These posters are actually damaging our community. They must be immediately taken down.

“I would call on those responsible to stop their activities and not to put up anymore posters. If anybody has any information about these posters then I would urge them to contact the Police.”


One Response to ALLIANCE CONDEMN RACIST POSTERS IN EAST BELFAST