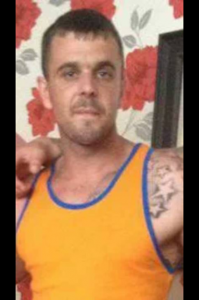 POLICE and the family of missing person, 32 year old Jonathan Bones are becoming increasingly concerned for his welfare.

Jonathan was last seen in the Carniny area of Ballymena on the morning of Wednesday 2 April. It is believed that he may have headed to the Portrush area that afternoon.

Jonathan is described as being approximately 5’9″ tall, of stocky build, with very short or shaved dark hair. He has tattoos on both arms.

Jonathan, or anyone who knows of his whereabouts, is asked to contact their local police station on the new non-emergency number 101.