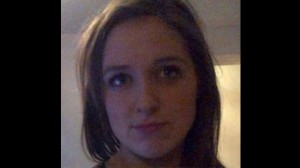 POLICE say the teenage girl who went missing from the Belfast area has now turned up safe and well.

However, they later traced her movements in the Glencregagh Road area of Belfast on Sunday evening.

Hannah was described as being about 5’6″ tall, of medium build, with brown-coloured hair which was tied up.

But police have now called of their search after Hannah turned up safe and well.


One Response to MISSING TEEN FOUND SAFE AND WELL