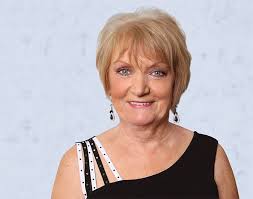 • Me and My Girl, Island Arts Centre, Lisburn, Co. Antrim, April 8 -12. A toe tapping and infectiously happy musical including instantly recognisable and cheerful melodies which gives an insight of London in the good ole days.

• Together Again with Philomena Begley and Ray Lynam, Ardhowen Theatre, Enniskillen, Co. Fermanagh, April 9. The legendary Queen of Country Music, Philomena Begley has reunited with her duet partner Ray Lynam having previously released albums together, they are back together following solo success.

• Brass Band League Championships, The Alley Arts and Conference Centre, Strabane, Co. Tyrone, April 12. Join over 21 brass bands as they perform in four sections in this now annual festival day in Strabane and a must see for those who enjoy brass music.

• Mind, Body & Soul Festival, The Guildhall, City of Derry, April 12 -13. The festival will bring a variety of therapists, holistic retailers and readers to the Guildhall offering talks and workshops on the full holistic field from reflexology and massage to incense and the various readings available.

* Craft and Collectables Fair, The High School, Ballynahinch, Co Down, April 12, 10am – 3pm. Come and browse and buy some unique and interesting collectables and craft items which are being sold to raise funds for Newcastle based, Mourne Mountain Rescue.