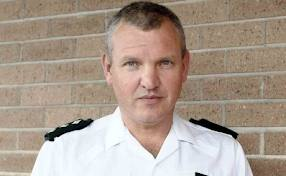 ARMY technical officers have made safe a lethal pipe packed with nuts and bolts linked to a command.

The device was found on Strabane golf course this morning after dissidents tried to lure police onto the course last night and detonate the device.

He said: “This device comprised nuts and bolts packed with explosives into a pipe.

“While police may have been the intended target, golfers, ground staff or members of the community passing by could have been killed or maimed.”

The operation today followed information received by police last night that a device had been left in the Ballycolman Road area.

CI Lemon added: “This bears the hallmarks of an attempt to draw police into the area.

“But this was an attack on the community as much as on the police. ”

“I believe that the vast majority of people in Strabane do not want this type of incident and I would call on them to give us their assistance in behind those behind it to justice.”

CI Lemon asked anyone with Information to contact police on the 101 non-emergency number, or Crimestoppers anonymously on 0800 555 111.