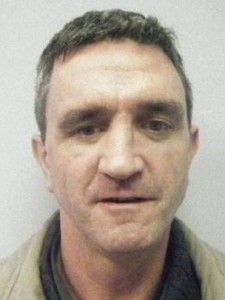 DETECTIVES have launched an appeal in a bid to trace a registered sex offender after skipped court and fled to Belfast.

According to police, Halton was last seen in Cairnryan, Thursday, January 9, where he boarded a ferry to Belfast.

Anyone with information about Halton’s whereabouts is asked to contact police, who say he should not be approached by members of the public.

Halton is described as white, about 6ft tall and of medium build with brown hair. He has a distinctive scar on his right arm.

Anyone who knows of Halton’s whereabout is asked to ring the PSNI on 101.