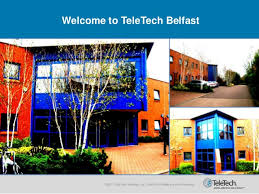 NORTH Belfast is facing another jobs blow on Wednesday.

In an area of already high unemployment and low income, up to 200 jobs could be lost at the Teletech call centre in north Belfast after the firm lost a major contract.

The company told staff in a note that it had lost its contract to provide European customer support services for the car maker Nissan.

As a result, the contract has gone to the French company B2S.

Teletech, based at a call centre in Duncairn Gardens, have not made anyone available for comment.

The firm has so far not commented.

However, it is understood staff could be offered the chance to redeploy to France.

Teletech, a US-owned firm, has been in Belfast since 2001 and employs about 600 people.


One Response to AXE HANGS OVER 200 NORTH BELFAST JOBS