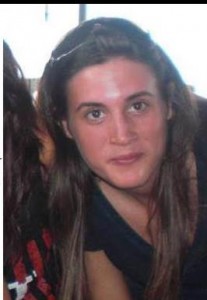 Damaris was last seen in the Dublin Road area of Belfast at around 9.30pm on Sunday 16th March.

Damaris is described as being of average height, slim build with brown hair and eyes and is believed to have been wearing an olive green coat, black trousers and possibly a red scarf.

Officers are investigating the possibility that Damaris may be in the Republic of Ireland.

However, it has not been ruled out that she may still be in Northern Ireland.

Detectives would ask Damaris, or anyone with any information as to her whereabouts, to contact CID in Tennent Street on 0845 600 8000.