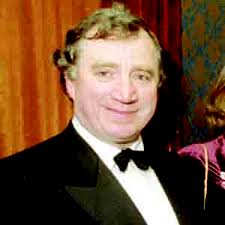 The helicopter came down in a field near his stately home in Gillingham, near Beccles, on Thursday evening.

It has now been confirmed that Lord Ballyedmond and the three other people were on board and died at the scene.

A second man is believed to be from Co Down. The PSNI has been informed and is liaising with the families

Witnesses said it was foggy in the area at the time and the private helicopter came down very soon after taking off around 7.30 pm.

Norfolk Police said the crash site would remained cordoned off during the day while examinations of the scene were carried out.

Inspector Louis Provart said: “Emergency services are working together in difficult conditions to secure the scene and carry out an initial investigation into the circumstances.

“The crash site is in a field and there are some wooded areas nearby.

“We had numerous calls throughout the course of the early evening. Those calls, as far as I’m aware, relate to the hearing of rather loud noises, indicating crashes.”

The site of the crash is not far from where four crew members died when a US military helicopter crashed in Norfolk on a training mission in a nature reserve in Cley next the Sea, Norfolk, in January.

A spokesman for the Air Accidents Investigation Branch said it would be sending a team to the area.

Eddie Haughey became Lord Ballyedmond of Mourne when created a life peer in 2004.

He was a leading industrialist and owned veterinary pharmaceutical firm Norbrook Laboratories in Newry, and had a range of other business interests.