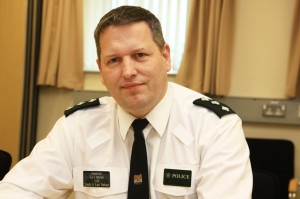 A multi-agency community safety plan has been developed to help ensure a safe and enjoyable St Patrick’s Day holiday in Belfast.

It is anticipated that large numbers of people will visit the city to take part in activities such as the parade and concert onSunday 16 March 2014,

Chief Inspector Gabriel Moran, Area Commander for South Belfast says: “On Sunday there will be a carnival style parade through the city centre which leaves Belfast City Hall at 12 noon.

“There will be some disruption to traffic on Donegall Square North, Chichester Street and Victoria Street until the parade reaches Custom House Square at 1.00pm where there will be an outdoor concert from 1.00pm to 3.00pm. Traffic diversions will be in place and we would ask motorists to follow these.”

“We have been working with a range of partners including Belfast City Council, city centre traders, educational establishments such as Queen’s University Belfast and the University of Ulster, residents and voluntary agencies to develop a community safety plan that supports the fact that there may be significant volumes of people in the city this coming weekend.”

Chief Inspector Moran adds: “In recognition of the fact that at a recent concert in the city, emergency services had to deal with a large number of young people who were suffering from the effects of intoxication, we have been working with educational establishments to highlight the risks associated with such behaviour.

“Multi-agency letters have been issued to post-primary schools advising that there will be a visible police presence both in the city centre and in the south of the city over the course of the weekend to ensure community safety.

“In south Belfast, both Queen’s University Belfast and the University of Ulster are also proactively encouraging their students to stay off the streets of the Holyland on St Patrick’s Day.

“Anyone who becomes involved in anti-social behaviour on the day will be dealt with by the police and City Council officers. In addition, students also risk disciplinary action by their universities.”

Chief Inspector Moran concludes: “Significant resources are being deployed from all the agencies in order to identify and effectively deal with anyone engaging in anti-social behaviour or crime.

“We want residents and visitors to the city to enjoy all that the city has to offer and to do so safely.”