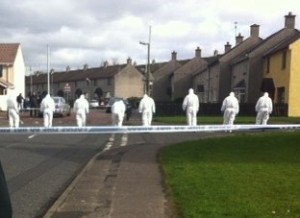 TWO men arrested over a double pipe bomb attack on the homes of Romanian families at the weekend have been released unconditionally.

The men – aged 40 and 32 – were arrested on Monday, March 10 in relation to pipe bomb attacks in the Waterside area of the city in the early hours of Saturday, March 8.

Nine people, including a child, escaped injury when devices exploded outside houses in Lapwing Way and Lincoln Courts in the early hours of Saturday morning.

Police said they were treating the attacks as “hate crimes.”