NORTHERN IRELAND TOURIST BOARD SECURES LIAM NEESON AS ‘THE VOICE’ 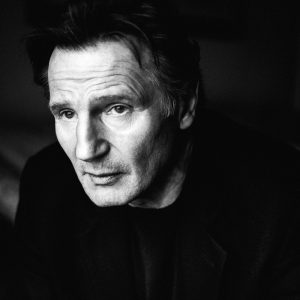 THE Northern Ireland Tourist Board (NITB) has secured international film star Liam Neeson to be the voice of its latest TV advertising campaign in Northern Ireland and the Republic of Ireland.

The Ballymena-born acting legend, star of a string of blockbuster movies including Schindler’s List, Star Wars: The Phantom Menace and Taken, provides the unmistakable voice-over in the NITB’s new spring campaign, which starts today.

The actor’s voice champions the people of Northern Ireland, portraying their pride in the place they come from, and urges viewers to “discover the real deal” on short breaks.

Other famous faces also star in the campaign, including Derry~Londonderry actress and singer Bronagh Gallagher who is filmed showing Hothouse Flowers’ lead singer Liam Ó Maonlaí the delights the Walled City has to offer.

The TV ad features a mix of local characters and tour guides in some of Northern Ireland’s favourite destinations.

Liam Neeson, who last year was awarded the Freedom of Ballymena, said he was delighted to be involved in the campaign to promote Northern Ireland.

“I’ve always maintained that Northern Ireland is the world’s best kept secret, both in the character of its people and its scenery. I’m delighted to be part of this exciting campaign to promote the treasures of my home land.” he said.

Welcoming the start of the spring campaign, NITB Chief Executive, Alan Clarke, said: “Securing Liam Neeson to do the voiceover for our latest TV campaign is a huge coup and a significant vote of confidence in our tourism industry. This marks the first step of a brand new direction for NITB, which will focus on the friendliness of our people and their ability to make a place memorable. This is what our research is telling us is one of our greatest strengths. Liam Neeson’s voice is inimitable of course, and it glues the images of the TV ad smoothly together, encouraging viewers to take a short break in Northern Ireland and see the place in a whole new light.

“We’re extremely proud that so many of our local people have supported the idea – from Liam Neeson and Bronagh Gallagher to our brilliant tour guides who promote Northern Ireland to our visitors every day.”

NITB believes the campaign will attract more visitors from the Republic of Ireland and continue to boost domestic tourism.

It will run from now until the end of March across a range of media including TV, radio, outdoor, press and online advertising as well as PR and promotions in key shopping centres.

The first ads will air this morning on UTV and Channel 5, followed by this evening at 7.15pm on UTV and 11pm on Channel 4.