CELTIC PLAYER LEAVES ELVIS IMPERSONATOR ALL SHOOK UP OVER ASSAULT 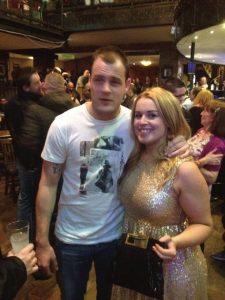 CELTIC and Republic of Ireland striker Anthony Stokes has been charged with assault causing harm.

Dublin District Court heard he was arrested, by arrangement, on Chancery Street.

The alleged incident happened at a nightclub on 8 June, 2013, hours after an international against the Faroe Islands in Dublin’s Aviva stadium.

He has been ordered to appear again before the court on 29 May.

Last year Stokes caused controversy when he turned up at a party for murder Real IRA boss Alan Ryan in Dublin.