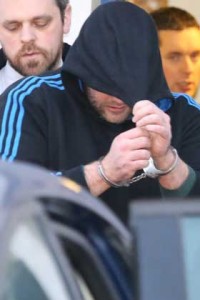 A serving member of the Irish defence forces, who is originally from Northern Ireland and currently in custody in the Republic on explosive charges, may face “other matters,” a court has been told.

Garda Inspector David Kelly told the court directions had been received from the Director of Public Prosecutions but said that “there may be other matters brought before the court.”

Insp Kelly also asked for Cassidy’s legal team to give Gardai time to carry out the relevant checks on people being put forward as independent sureties.

The accused, with an Grianan Vale, Ballyederowen, Burnfoot in Inishowen, faces two charges of possessing explosives at the same address on Monday, 9 February last.

Detective Garda Michael Carroll told that sitting of the court that he arrested him on Tuesday, 8 February and Cassidy made no reply when the two charges were put to him.

Garda Inspector Michael Harrison objected to bail because of the seriousness of the offences and because Cassidy had no permanent address in the Republic.

No bail was sought by Cassidy’s solicitor, Eugene Burns, at this morning’s hearing and the case has been put back until next Monday.


One Response to IRISH SOLDIER ON BOMB RAP OFFENCES MAY FACE ‘OTHER MATTERS’, COURT HEARS