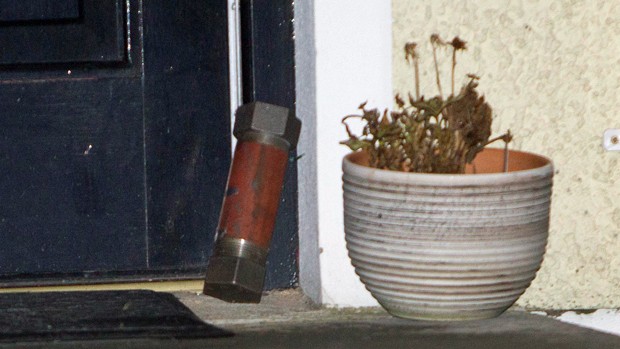 SERIOUS Crime Branch detectives are investigating after a pipe bomb exploded in a housing estate.

Police say the explosion happened outside a house in Patrician Park, off the Dublin Road, around 9.20 pm on Wednesday night.

No one was injured in the attack but the blast caused damage to the house and a car parked outside the property, but no-one was injured.

Local SDLP MLA Dominic Bradley said he has been told that two pipe bombs were thrown at the house and he described it as a “senseless” attack.

In a statement, Mr Bradley said: “This house is in a quiet residential area and this was a senseless attack for which there is absolutely no justification.

“Those behind this attack are enemies of our community and anyone with any information should contact the police immediately.”

Army technical officers and police were called to the scene and they cordoned off area for about three hours while the scene was examined.

No motive has yet been established by police and detectives based in Newry have appealed for anyone with information to contact them.

A Police Service of Northern Ireland representative said a motive for the pipe bomb attack has not yet been established and appealed for anyone with information about it to contact them..


One Response to PROBE LAUNCHED AFTER PIPE BOMB EXPLODES AT HOUSE