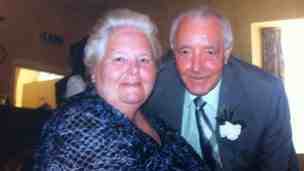 A husband and wife have now been charged with the murder of a pensioner.

Jennifer Toland, 24, from County Antrim, and 40-year-old Paul Toland, from The Cedars, Antrim, had previoulsy been charged with the manslaughter of Bertie Acheson.

They were returned for trial on charges of murder and robbery at Ballymena Magistrate’s Court on Thursday.

Mr Acheson, 72, died from a heart attack after a break-in at his house in Coleraine in 2012.

The estranged couple were released on bail to appear at Belfast Crown Court next month.