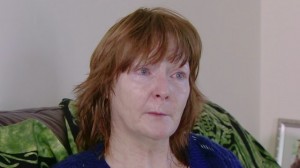 A woman has told how she was forced-fed her own vomit while staying in a Children’s home run by the Sisters of Nazareth.

Kate Walmsley, now 57, told the Historical Institutional Abuse Inquiry (HIA), that during her stay at Nazareth House in Derry’s Bishop Street during the 1960s she was regularly sexually assaulted by a priest and older female residents of the home.

Giving evidence at the inquiry Ms Walmsley, who said she waived her right to anonymity to help other victims who had not come forward, told how she was abused by priests and mentally and physically abused by nuns.

Welfare documents produced at the hearing showed her as a troublesome, badly behaved child but she said this was because of how she had been treated by the nuns who had beaten her and force-fed her with her own vomit.