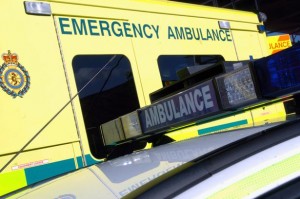 THREE people – two women and man – have been arrested by police investigating an assault on a man last night.

The 47-year-old victim, a father of four, sustained facial injuries in the incident which occurred in a house at Cable Street in Derry’s Bogisde area shortly before 7.00 pm.

The victim is being treated in Altnagelvin Hospital for his injuries which are understood not to be life-threatening,

A PSNI spokesperson said two women, aged 38 and 31, who were in the house at the time, as well as a 28-year-old man were arrested in relation to the incident and were “currently helping police with their enquiries.”

The spokesperson added: “At this stage of the investigation we cannot confirm the weapon used was a hammer.”

Police have appealed to anyone who may have witnessed this incident or who has any information to contact them at Strand Road on 0845 600 8000.

The incident has been condemned by Sinn Fein councillor for the area, Patricia Logue.

She said: “I do hope the victim makes a speedy recovery. This type of incident has no place in our community.”


One Response to THREE ARRESTED AFTER MAN ASSAULTED