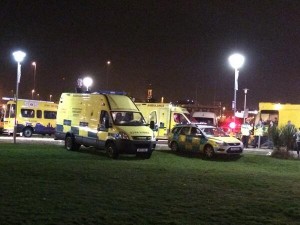 The scene at the Odyssey arena last Thursday night

THE Odyssey Trust is to carry out a review of the events at a concert in the Odyssey Arena in east Belfast last week.

A total of 108 young people were treated for the effects of alcohol at the DJ Hardwell concert last Thursday.

A number of others were treated for the effects of drugs.

A ”major incident” was declared by the Ambulance Service as paramedics at the scene were swamped with patients.

The review of last week’s events will be chaired by the chief executive of the Odyssey Trust, Robert Fitzpatrick.

In a statement, the Trust said: “We will meet with all of the relevant stakeholders involved; assess the preparation and event plan made for the night; the implementation of that plan and the effectiveness of the Odyssey Arena and its partner organisations to deliver that plan.”

The review is expected to be completed by Friday, 21 February.

A total of 17 people were taken to three different hospitals during the incident.

The PSNI arrested three people and seized a small quantity of drugs outside the venue. 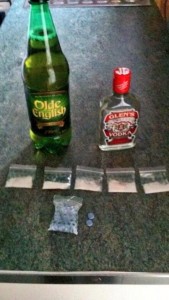 One teenager was taken to a west Belfast police station by his father after he posted on Facebook a picture of his planned night – it included a quarter bottle of vodk, a bottle of cider, five plastic bags containing white powder and a bag of blue pills.

The youth was arrested by police on suspicion of possessing drugs with intent to supply.

The PSNI have also been carrying out an investigation into the incident.

The investigation team are also due to meet the Odyssey management this week to discuss events.