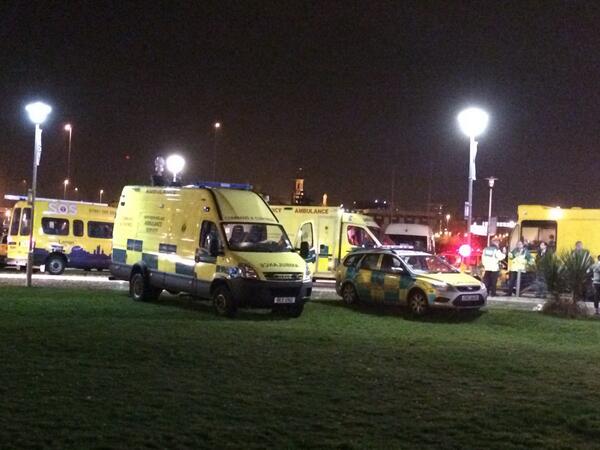 IT has now been revealed that over 100 young people were treated by paramedics for the effects of alcohol and and drugs at a rave gig in east Belfast on Thursday night.

Ambulance chiefs declared a major incident while the teenagers were attending the DJ Hardwell concert at the Odyssey Arena.

The PSNI has now launched an investigation into the incident which some who attended described as a “disaster zone”.

Police say three people were arrested and officers seized a small quantity of drugs outside the venue.

Part of the police probe will centre on how the heavily intoxicated young people were able to buy alcohol before the gig and how some drunk teens got into venue.

Investigating officers plan to speak to the management of the arena about its security for the event and also review CCTV images.

According to the PSNI, 300 people were refused entry to the concert which had a 10,000 ticket sellout.

The NI Ambulance Service said on Friday that 108 young people, needed medical help both inside and outside the venue.

Even though some drunk teenagers were refused entry, more young people were in fact treated inside the venue.

Before event, one young man posted up on Facebook a picture of his planned evening – a bottle of vodka, a bottle of cider, five clear packets of white powder and a packet of blue tablets.

A total of 68 people were treated inside the premises by medical staff from Proparamedic, a private firm hired by the Odyssey.

A further 40 people were treated outside the building by paramedics from the Northern Ireland Ambulance Service.

A number of hospitals in the Belfast area treated a total of 17 people.

Three were discharged and the remaining 14 are said to be in a stable condition.

Charity worker Joe Hyland, who runs the SOS Bus NI voluntary service, said: “I was dealing with kids with buckets of vomit and they were crying – it was a mess.”

Mr Hyland, chief executive of the SOS Bus NI charity, told BBC Radio Ulster: “It was like a disaster zone, but that was primarily because of one factor – it was a compression.

“There was a period of about 45 minutes where we had something like 19 young people – 14, 15 years old, who were extremely ill. 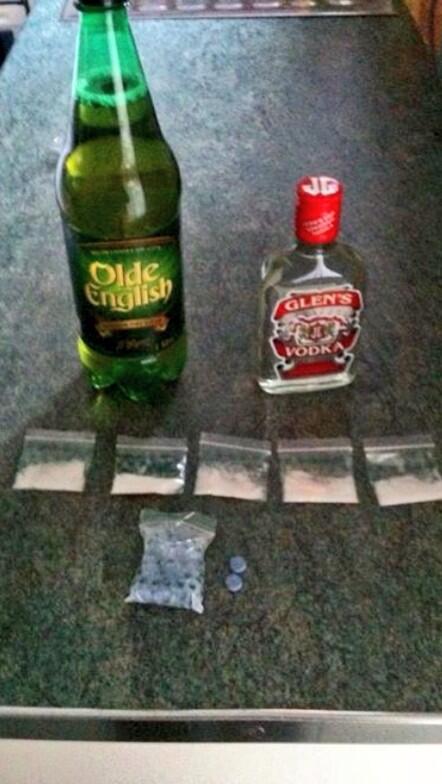 “Some of them were very, very ill – life-threateningly ill, where they had over-indulged.

“We recognised an increasing threat to their life. We started to bring in paramedics, the ambulance service.”

Mr Hyland said that when paramedics arrived they “recognised the numbers were too big” and they had to call a major incident.

“Their resources were limited, they had something like seven ambulances tasked for the evening and when they realised that they were in a danger of not being able to cope they brought in their senior people, who I think made the very best decision,” Mr Hyland said.

The charity worker said calling a major incident had allowed paramedics to get the resources they needed “to protect life”.

However, he also said that the staff at the scene “were really worried, was there perhaps a bad drug out there?”.

Ambulance Services spokesman John McPoland said many of those treated by paramedics were already intoxicated when they arrived at the venue.

Two, he said, were treated by paramedics who were “in an unconscious state”.

“We believe the majority arrived suffering from too much alcohol,” Mr McPoland added.

The PSNI representative said: “Over the course of the evening, approximately 300 young people, some of whom had travelled to the venue by coach or other group transport, were showing signs of intoxication or were not the correct age and were not permitted entry to the venue”.

At the scene, officers arrested a 16-year-old girl, an 18-year-old man and another man aged 21.

The teenagers were both detained on suspicion of assault and resisting police. The 21-year-old was arrested disorderly behaviour.

A spokesman for the Odyssey Arena, Adrian Doyle, said on Thursday: “It is our understanding that a number of patrons arriving to attend a concert by Dutch DJ act Hardwell have required medical attention, having already been intoxicated on their arrival at the complex.

“These patrons were not granted entry to the Odyssey Arena, and were treated by the ambulance service outside.”

Police are investigating reports of a number of fights or brawls inside the venue, including a serious assault on a teenage boy.