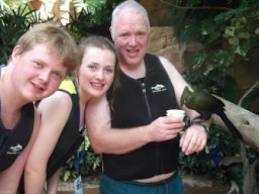 DETECTIVES from the PSNI’s Serious Crime Branch have charged a 33-year-old dissident republican suspect with the murder of prisoner officer David Black.

On Tuesday night, he was formally charged with the murder and further accused of possessing a firearm with intent to endanger life or property.

It is understood the man was arrested in the Lurgan area on Monday and taken to the serious crime suite in Antrim for questioning where he was charged late on Tuesday evening.

Two men have already been charged in connection with the murder, namely over the Toyota Camry which was bought in Dublin and later found burned out in Lurgan.