YOU MAY SPEND THE REST OF YOUR LIFE BEHIND BARS, JUDGE TELLS CRIMINAL WHO KILLED POLICEWOMAN

THE driver of a stolen car which killed a young female police officer in horrific crash in Derry just under a year ago has been given an indeterminate jail sentence.

Shane Frane (26), whose address was given in court as Magheraberry Prison, pleaded guilty to the manslaughter of Phillipa Reynolds and will serve six years before being considered for parole.

The 27-year-old female officer was a back seat passenger in an armoured unmarked Vauxhall Vectra police car which was hit by a stolen Toyota Landcruiser in the early hours of 9 February last year.

Frane and a co-accused, Conor Clarence, had earlier stolen the vehicle after a day-long binge on drink and drugs.

An earlier court heard Frane was captured on CCTV driving the Landcruiser at 80mph in a 30mph zone and ignored appeals from Clarence to slow down.

The fatal collision occurred after Frane drove through a red light at Dale’s Corner in the Waterside and collided with the police car which had come through a green light. Two other officers injured.

Both accused were seen to get out of the Landcruiser and run into the nearby Ebrington Square and, after changing clothing in an attempt to disguise themselves, walked back past the scene of the accident.

They were quickly identified by police and arrested later that morning.

Passing sentence at Derry Crown Court today, Judge Philip Babingon said driving at speeds of up to 80mph in a built up area was an “act of most serious recklessness” and both accused “acted like the cowards you are” in making themselves scarce.

The Judge added: “You could have killed or injured anyone or any number and it was Phillipa Reynolds’ misfortune and that of her family that she was fatally injured in the ensuing impact.

“Her death is particularly sad because it is said that she was doing a job that she loved and was serving the community at the time that she was so tragically killed.” 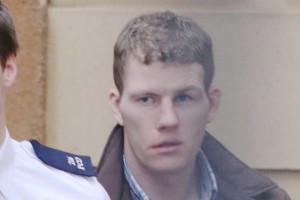 Judge Babington said an indeterminate sentence was “broadly the same” as a sentence of life imprisonment.

Explaining the sentence and describing Frane as a “dangerous offender,” Judge Babington added: “This is because it is virtually certain that for the rest of your life you will either be in prison or in the community and subject to close control under licence conditions and liable to be taken back to prison at a moment’s notice if you should break those conditions.

“This is because the sentence provides for the indeterminate imprisonment of those who pose a significant risk of serious harm to the public as you do.

“The exact time that you will be released is something that will be decided by the Northern Ireland Parole Commissioners. They will only permit your release when they are satisfied that it is safe for you to be released.”

Judge Babington added: “I am satisfied that the appropriate determinate sentence would have one of 12 years.

“I have to reduce that by 50% so you will serve a minimum period of six years to satisfy the requirements of retribution and deterrence having regard to the serious of the offence, and after that time the Parole Commissioners will decide when you can be released.

“When you are released you will no doubt be subject to a number of conditions but those will be set by the Parole Commissioners.” 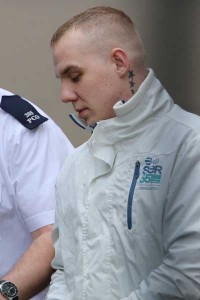 Frane was given further concurrent sentences totalling seven years for a number of offences, including burglary, criminal damage, causing death by driving uninsured, causing death driving without a licence, driving whilst under the influence of drink or drugs, failing to remain at scene of the accident and failing to report an accident.

He was also disqualified from driving for 10 years.

The court heard Frane, a member of a traveller family originally from Limerick, had a total of 77 convictions in the Republic including 11 motoring offences and various other matters for which he had served “numerous periods” of imprisonment.

Amongst 12 convictions he committed since moving to the North in 2009 was one of grievous bodily harm with intent for which he received two years in custody and two years licence.

At the time of the fatal collision, he was on licence for the GBH conviction.

He had first been released on licence on 29 July 2011 and within 24 hours committed two drugs offence which led to a final warning from the Probation Service.

He committed further drugs and dishonesty offences in August 201i and, as a result, had his licence revoked and was returned to prison.

The day prior to the fatal crash, he gave assurances to his probation officer that he would not resort to alcohol and drugs.

Clarence (24), whose address was given as a Simon Community hostel in Derry, was jailed for three and a half years, half of which will be service on licence.

He admitted the aggravated taking of a vehicle, allowing himself to be carried an and death being caused, burglary and criminal damage,

He has a total of 48 previous convictions including four assaults on police, 11 common assaults, 22 criminal damage convictions as well as drug, dishonesty and public order offences.

Judge Babington expressed condolences to Ms Reynolds family – her parents Mervyn and Dorothy, and sisters Debra and Nicola were in court for the sentencing.