NI FACEBOOK DRINKING PAGE TO SHUT DOWN AFTER TEEN DEATH 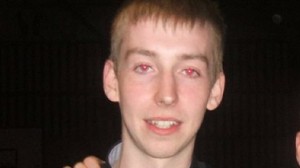 Jonny Byrne after drowing in a river after a drinking game

A Northern Ireland-based social media page which shared videos of a dangerous internet drinking game is to be closed after the death of a teenager in the Republic.

19-year-old Jonny Byrne died after jumping into the River Barrow in Co Carlow on Saturday after playing a called ‘NekNomination’ in which people are encouraged to drink alcohol before posting a video online.

As a result, an NI NeKNomination Facebook page sharing the videos is to stop and become page highlighting the dangers of alcohol consumption.

It only started last Tuesday and has more than 10,000 likes.

The family of Jonny Byrne made an appeal to young people not follow what he did.

Jonny Byrne entered the River Barrow on Saturday night and after hours of searching, his body was recovered shortly after 11 am on Sunday.

His brother, Patrick, umped into to save him and almost had rescued Jonny but he “broke free”,” he told Radio Ulster.

The teenager’s father, Joe Byrne, told RTE:  “I’m pleading to every youngster to think of the things they’re doing.

“It has cost my son his life. The whole family is devastated and our lives will never be the same again.

“I hope this message is heeded because for us, life is virtually over,” Mr Byrne said.