TWO NI GIRLS GO THROUGH IN THE VOICE 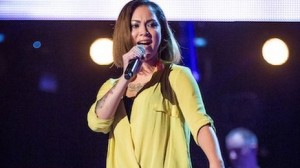 Belfast girl Jai McConnell through in The Voice

TWO girls from Northern Ireland have gone through to the next stage of singing competition The Voice.

Belfast girl Jai McConnell, 24, and Rachael O’Connor, 16, from Limavady, both picked Kylie Minogue as their mentor for the next round.

Jai, a mother of one, sang Never Forget You by the Noisettes.

All four judges turned round when Jai performed, while only Will.i.am didn’t turn round for teenager Rachael.

Of Jai, Tom Jones: “You are original. I don’t think you were copying anyone and that is why I turned round.”

Jai said her three-year-old son Kingston was the main inspiration behind her singing aspirations.

She said: “I have always dreamed of pursuing a career in music but things in my life have challenged me.” 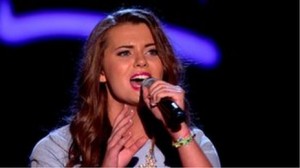 Ricky Wilson told her: “You’ve obviously got something and it’s magical and I can’t wait to hear you sing again.”

Sir Tom Jones said Rachael sounded “original”, while Ricky Wilson said her “confidence on stage poured over the back of my chair like a tidal wave”.

Will.i.am said: “I’m a fool, I should have turned around.”