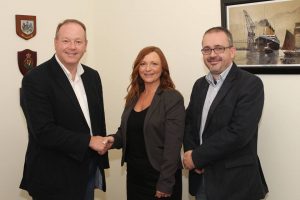 THERE has been condemnation after a number pensioners’ homes were attacked along an interface flashpoint in west Belfast.

The PSNI are treating the attacks on the homes of the elderly Protestant residents as sectarian.

Rocks were thrown over from a nationalist area on the Springfield Road causing damage to the roofs of houses in Kirk Street in the Woodvale area.

A car windscreen and a house window in Workman Avenue were broken.

DUP councillor Nicola Verner said there had an upsurge in sectarian attacks along the peaceline in recent weeks.

She said local politicians are due to hold talks with police about the attacks.

Said Cllr Verner: “It is outrageous that elderly and vulnerable residents are being subjected to such an ordeal in their senior years.

“These have included attacks on residents’ homes and cars by nationalist youths entering Workman Avenue from Springfield Road, while bungalows in Kirk Street have been pelted with eggs and now with rocks,” she added.

“People should have the right to live in their own homes free of any fear or concern about their safety,” said CRA spokesman Sean Murray.

“It’s mainly young people involved in these incidents. There have been cross-peaceline attacks ongoing for a number of weeks. This is going to result in somebody being seriously injured.

“The danger is it can start with a brick, but evolve into something more serious.”


One Response to POLICE PROBE SECTARIAN ATTACK ON OAP HOMES