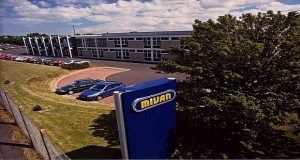 The firm was placed into administration earlier this month after hitting a financial brick wall.

It employed 289 people and specialised in fitting out cruise ships and high-end commercial and residential developments.

But the firm hit troubled waters when it made huge losses during development projects in Romania.

Days after going into administration, 98 Mivan workers were made paid off after orders were cancelled.

The administrator tried to find a new buyer to take over the company.

However, on Monday, 144 more redundancies were announced.

Administrator Peter Allen of Deloitte said: “We received a number of indicative offers, but unfortunately no purchaser was able to complete.

“Although the business will now close, we are hopeful that there will be meaningful interest in a packaged sale of the assets.”

A number of staff will be retained to assist the administrator finalise some existing contracts that are close to completion.

Mivan was founded by Ivan McCabrey in 1975, and he quickly moved into overseas contracting.

In the early 1980s, the firm was involved in a wide range of projects in Iraq, including power stations, apartments and a palace for Saddam Hussein.

The company continued to win work in the Middle East, including the restoration of the prestigious Dome of the Rock in Jerusalem, for which it won a Queen’s Award for Export.