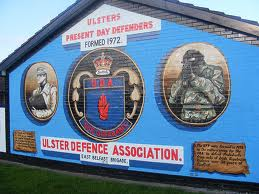 UDA blamed for carrying out shooting in Co Antrim

THE finger is pointed at the UDA after a family cheat injury in a gun attack on their home.

A single shot was fired through the living room window of the house in Ferris Avenue, Larne, Co Antrim around 1 am on Friday.

A man and a woman who were in the house at the time were not injured.

Local Sinn Fein MLA Oliver McMullan said he believed a shotgun had been used in the attack and that it was an attempt to intimidate the family.

“The woman in the house had just left that room two to three minutes prior to this shot being fired through the window and it was only by this that we are not looking at a fatality today.

“They are a very hard-working, very well respected family in the community, and to suffer this from individuals I think is really intolerable,” Mr McMullan said.

Police have appealed to anyone who witnessed the shooting to contact them on. 0845 600 8000


One Response to UDA BLAMED OVER GUN ATTACK ON HOUSE