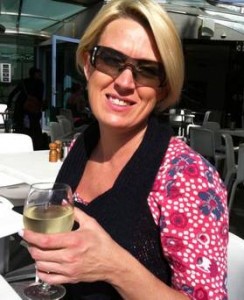 THE PSNI has appointed a liaison officer to keep a Northern Ireland up to date on developments in the murder of Bangor woman Comrie Cullen.

On Wednesday morning, Sydney mother-of-three Comrie Cullen was due in court to fight yet another legal battle with her estranged husband Christopher.

The pair had split last October after a 15-year marriage that produced three children.

But the split was not amicable, and a month later Ms Cullen was forced to take out an apprehended violence order against her husband.

On Wednesday afternoon, a passer-by found Ms Cullen’s body slumped next to a white car in a pool of blood in a secluded car park at the St George and Sutherland Shire Anglers Club at Taren Point.

It is understood the 39-year-old had her throat slashed.

When police arrived they allegedly found Christopher Cullen, 50, in the mangroves nearby.

He had cuts to his chest and wrists that police say were consistent with being self-inflicted.

Superintendent Gregory Antonjuk said the Cullens had no family in Australia except for their three children, aged 5, 7, and 11, who are now in the care of friends.

The marriage had broken down in October last year and Ms Cullen had moved out of their Sylvania Waters home and was working part-time as a beauty therapist. 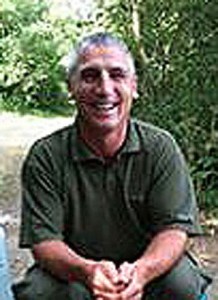 In November, Ms Cullen had successfully sought an apprehended violence order against her husband.

Superintendent Antonjuk said there had been further reported incidents between the pair after that date.

He would not speculate whether the pair had arranged to meet at the Anglers Club, but court documents show the pair were due in Sutherland Local Court on Wednesday morning.

Friends of Ms Cullen said it was one of a number of legal disputes between the pair since they had separated.

Her family back in Bangor, Co Down say they are “devastated” by the news of her murder.