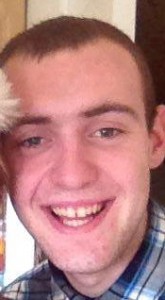 MISSING teenager Andrew Quigley has been “let down by the system” according to his family.

They say more needs to be done to help young people with suicidal tendencies.

Police divers entered the River Foyle at around 4.00pm today as the search for the 19-year-old from Fergleen Park in Galliagh continues.

Andrew has not been seen since leaving a friend’s 21st birthday party in the early hours of Saturday morning.

A search of the river has continued since some his personal belongings were found on Foyle Bridge at 7.40am later that morning.

Since then, Foyle Search and Rescue, police and Irish Coast Guard helicopters have scoured the river while his family and friends, supported by hundreds of members of the public, have searched the river’s shoreline.

Andrew’s family have called for the decision to refuse funding to Foyle Search and Rescue to establish a counselling centre after revealing he had shown suicidal tenancies and had previously tried to take his own life as a result of a drugs problem.

Andrew’s uncle Dermot Quigley said his nephew had been let down by the system.

Dermot revealed Andrew had pleaded for help but it was not there for ,him and if it had been he might be alive today.”

Dermot he called for a decision by the Government’s Social Investment Fund to refuse £200,000 funding to Foyle Search and Rescue to set up a counselling centre in the city to be reversed.

He said: “The North West is in dire need of this very type of facility, had it already been available we might not be searching for Andrew now.”