A jury in the trial of murdered Co Down man Philip Strickland today watched his last recorded moments alive 15 minutes before he was blasted to death with a shotgun.

Members of Mr Strickland’s family sobbed in the public gallery as CCTV footage from a petrol station was played at Belfast Crown Court.

On trial for his murder is Jimmy Seales, 56, Ballykeel Road, Hillsborough, Co Down and Stephen McCaughey, 26, of Shackelton Walk, Newtownards, Co Down.

Both men deny murdering Philip Strickland in Comber, Co Down on Wednesday, January 11, 2012 and possessing a shotgun with intent to endanger life.

Two other men – brothers Ian and Jason Weir, the sons of Jimmy Seales, – have already pleaded guilty to the murder and having the shotgun.

The trial heard that there was bad feelings between Philip Strickland and the Seales family which spilled over onto a social networking site.

And there was also claims that Mr Strickland was under threat of death from the UVF and had banned him going to certain places in Co Down.

The jury of ten men and two women watched the CCTV footage police had recovered from a petrol station known as ‘The Garage’, on the Killinchy Road in Comber on the night of Mr Strickland’s murder.

A detective told the jury that Mr Strickland’s blue Citroen Saxo car, registration number ANZ 5790, could be seen on the CCTV footage driving into the forecourt of the petrol station shortly before 8.30 pm.

The officer said Mr Strickland put £16 of petrol into his car and then walked into the shop dressed in a ‘Superdry’ coat, jeans, check shirt and boots, to pay for his fuel.

Seconds later, the 37-year-old is seen on the CCTV camera walking out of the shop and getting into his Saxo Car.

The jury watched as Mr Strickland then drove out of the forecourt and onto the Killinchy Road.

Close friend Alexander Aitken told the court that he had been in contact with Philip Strickland on the day of his murder. He said that day was with Mr Strickland when he bought the Saxo car.

He said that evening around 10 pm he spoke to a friend who told him: “Philip is dead. He sounded hysterical.

“My first reaction was that he crashed the car.”

Mr Aitken said he went down to the scene and stood at the police cordon Ballydrain Road, on the outskirts of Comber.

“The friend rang me again and told me he was being serious and that Philip had been shot. I went into shock.”

Under cross examination from Brian McCartney QC for Jimmy Seales, Mr Aitken told the jury that he knew Philip Strickland was have problems with the Seales family over a social networking site.

“I knew they were having problems on Facebook. I seen a couple of the messages.

“It was just general slabbering back and forth between them.’

Mr McCartney QC asked the witness: “Were you aware that Mr Strickland was having problems with the UVF?”

Mr McCartney QC asked him: “Were you aware that he was restricted from going to certain places by the UVF and the UVF had threatened him?” 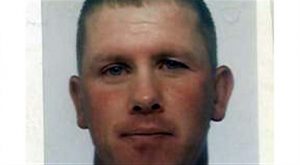 A police officer told the court that on the night of the murder he was on patrol when he was tasked around 10.40 pm 45 Raffrey Road, Crossgar.

He said went into the house and there were male persons present: Jimmy Seales and his son Jason and Ian Weir. He said they all looked “nervous and anxious”.

“Mr Jimmy Seales told me that he had seen a burgundy-coloured Volkswagen Passat car entered his yard and a male person got out of the car.

“He told me that one of his dogs started barking and the male person got back into the car and drover off me. He said he had seen the car on his CCTV.”

A female police officer then told the jury that she was tasked around 2.45 am to go 45 Derryboye, Crossgar, after the owner said the house alarm had been activated.

On arrival at the house, the constable said: “The black wrought iron gates were opened for us automatically. I spoke to Ian Weir who said that masked men had pulled at the house in a dark coloured saloon car.

“He said two of them got out – one of them climbed over the gate and the other threw over to him a shotgun.”

Asked by a prosecution lawyer about Mr Weir’s demeanour that night, the officer replied: “He was agitated. He was very nervous.”

She said that Ian Weir told her that the masked men in the car had then driven off in direction of Killinchy.

He told her that he had seen the men on his CCTV camera system but added that it was not able to record.

The constable said that Mr Weir told her that the men returned for a second time and started “shaking the gates” before driving off in the direction of Crossgar.

“I asked him why he was so agitated and replied: ‘So would you f**king be. I am sorry for cursing. My head is all over the place here’.”

The court heard that Jimmy Seales arrived in a red Peugeot car being driven by his son Jason Weir.

“Mr Seales told me that he had been seriously assaulted on September 2, 2011 in Ballygowan in which he was beaten with iron bars, had his throat cut and was left for dead.”

The court heard that Jimmy Seales later told police that the attack was carried out by three men.

Trial judge Mr Justice Weir was told that Mr Seales claimed to have found a cannabis factory in one of his sheds in Hillsborough which had he had rented out to one of the men who attacked him.

A detective told the court that all three men were later arrested for questioning but one was released due to ill health.

The jury also heard from a police liaison officer based at Maghaberry prison who said that Philip Strickland had visited one of the men charged over the attack. The visit took place in jail on November 12, 2011.

He said the visit was from 9.18 am to 9.45 am and that it was recorded on the prison computer as a “social visit”.